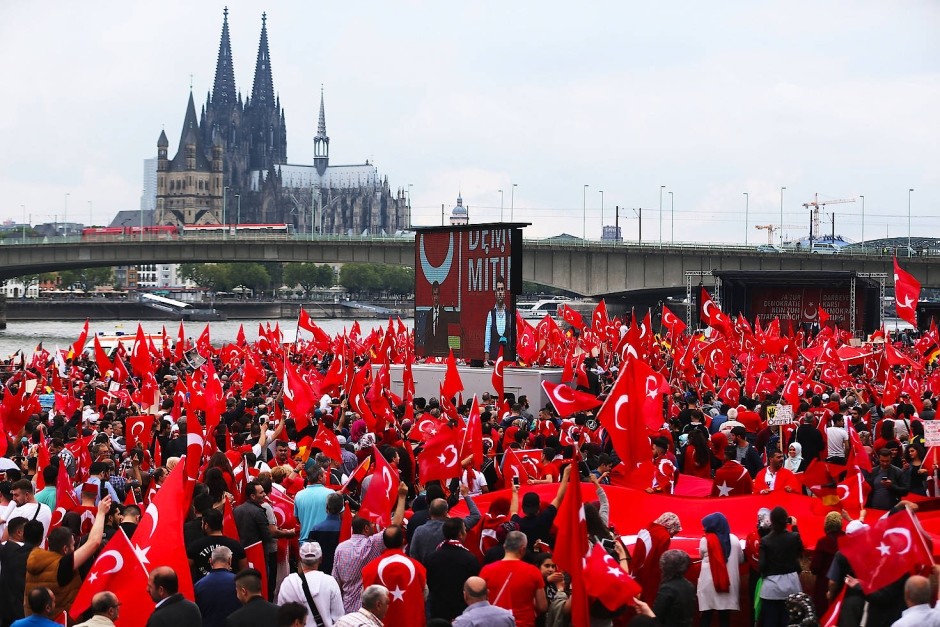 After the failed military coup in Turkey, migrant Turks in Germany of the 1st, 2nd and third Generation express their national identity and support for the current president and soon to be Sultan of Turkey, Recep Tayep Erdogan in close distance to Colognes powerful symbol of Christianity in Europe, the catholic Cologne Cathedral “Saint Peter” cathedral in Cologne (Kölner Dom). The picture reveals a lot the divide between both cultures, national identities, authochtononous culture regions, religious differences, nationalism and the complex problems of integration and assimilation in Germany. Turks of the first to the current generation, who are divided between those feelings and longing for respect, acceptance and family, are easily brought to support Erdogan, who is a powerful speaker to the heart of these people. Those who have fully accepted the cultural identity of a western-european lifestyle feel alienated to members of their own family and roots, of whom many never actually thought of migrating into another culture region and adapting its values, morals and ethics nor were the Germans before 9/11 particularly interested in debating the need for integration.