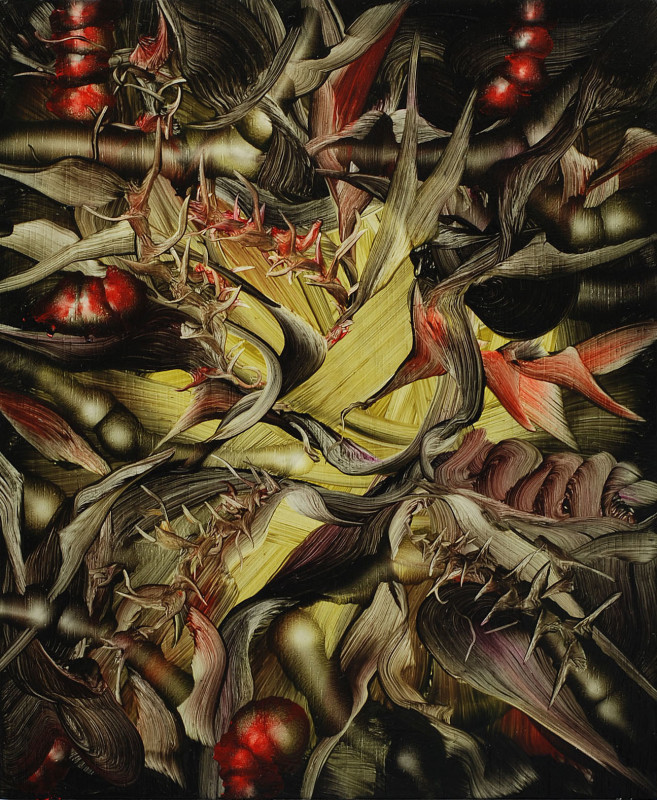 Andy Harper’s works often alternate in style or manner. They differ in composition, colour as well as general image feel and yet, some of the works were made in close dialogue with one another. Thus these recent paintings can be read as a coherent set of works, a series but they can also be seen and experienced as totally individual, separate entities. This quite small piece has the complexity and rich gesture of Harpers larger works.

The painting uses images that evoke ideas of an organical creation, tropical flowers, carnivorous plants in a manner that to me resemble on the Surface some of Max Ernst‘ phantastical works (Eye of Silence, Le Forêt, Temptation of Saint Anthony) and a chromatic that is Rätsels seen these days – closer to german or dutch master of the 16th century. It is organical, mysterious, creation and biological evolution in full flesh. And simply beautiful.

Born in 1971, United Kingdom
Lives and works in Cornwall, UK