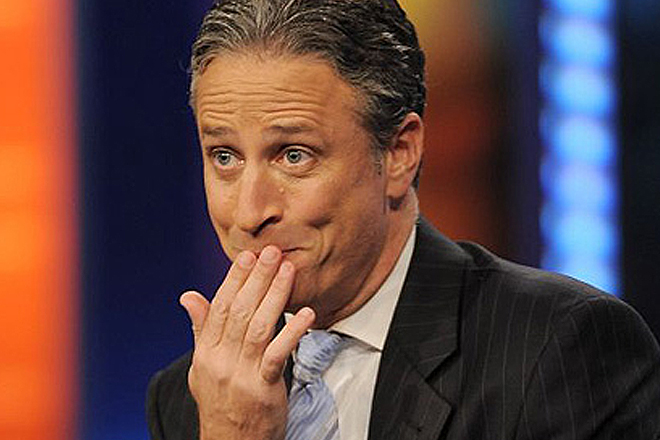 Jon Stewart on the Internet

“The internet is just a world passing notes around a classroom.”

Jon Stewart just made public that he is stepping down “Tonight Show”. However, he leaves a lot of improvisational and comedy moments behind. This funny quote I believe is deeper than it appears and worthwhile looking at. It questions the state of the Internet and its true effect on society. Habermas said their are partial public rooms (Teilöffentlichkeiten) enabled by the internet and we need to avoid parallel universes when there is a debate, so that these minority discussions do not tie in at the end to the real public debate that leads to decisions in parliament. Otherwise we may loose democracy itself, we some do not take part in the public debate any longer and remain e.g. in conspirative theories.These people have been victimized, they are looking out for a conspirative theory to explain why they have been the victim and what is their target of all their personal fury. It is a psychological reaction that is not featured by a positive and dominant soul.

The web has its own parallel world in a way that sometimes is completely hidden. The pure mass of communication enables small debates (Klatsch, Tratsch) as if we as farmers exchange the latest gossip on our way to the miller to process the corn. The difference is that this communication is logged and can be reread later by others that could not immediately take part in this conversation. However, not all communication is visible and transparent in the end, eventually the Government, Facebook or Google can immediately deduct the importance of events on people. We certainly cannot do this ourselves, only with the data presented by these services if they are nice to us.

Coming back to the quote, the setup of a class room is a special one in our collective memory: Usually with a teacher using his authority to dominate the variety of pupils, reading out his sermon, can be effectively disturbed at first only if we exchange silent messages. We build a resistance to force by these small messages by coordinating our efforts, sometimes to fully undermine the authority of our teacher if we dare. Of course it is helpful to undermine the dominance, maybe at first by humor, satire or a spoon of salt on the open wound. The social narrative of a teacher can be compared to the role of the press, politicians, intellectuals or in general the media in our society. However, as long as the internet is open, it can be scanned say by the NSA or other authorities. There is then no hidden debate that could lead to a weakening of the political system as it can be quickly addressed by the executive branch. The quote may suffer from its belittlement: “Just”. It’s a little unfair to call the most effective modern media to be “just” a note-passing-service. You coould say it is nice by the government to do so, well, this is generally the idea of a open society and the difference to say China or North-Korea, where the internet is controlled.

However, so far it is the case, we are allowed to send messages and do not have to face consequenes nor do they have a bigger impact. Are we immun to resistance because we adhere to capitalism or are we in the end quite happy with the state of things? How come, the failure of some in capitalism is their personal failure? When we fail to be successful, we do not complain about society, instead we choose to address ourselves and merge into a state of depression. The internet may have been a political tool used e.g. in the arabian spring, but it was a tool of the minority leaders or intellectuals without true physical power. The fools made plenty of jokes about the powerful, however the majority in these countries could neither receive their messages nor understand them in context. The internet was useful to leverage the Obama campaign, however a lot of its voters may be have been activated, it certainly did not change the minds of Republicans or weakened the polarization in society that benefits Fox News and MSN-NBC. Is there actually a open debate in society nowadays of higher quality? Or is it only quicker so that we do not have time to think things over? In a classroom, we experienced often boredom and fantasized more often about our neighsbours hot bra than about politics: “Do you want to go out with me?”