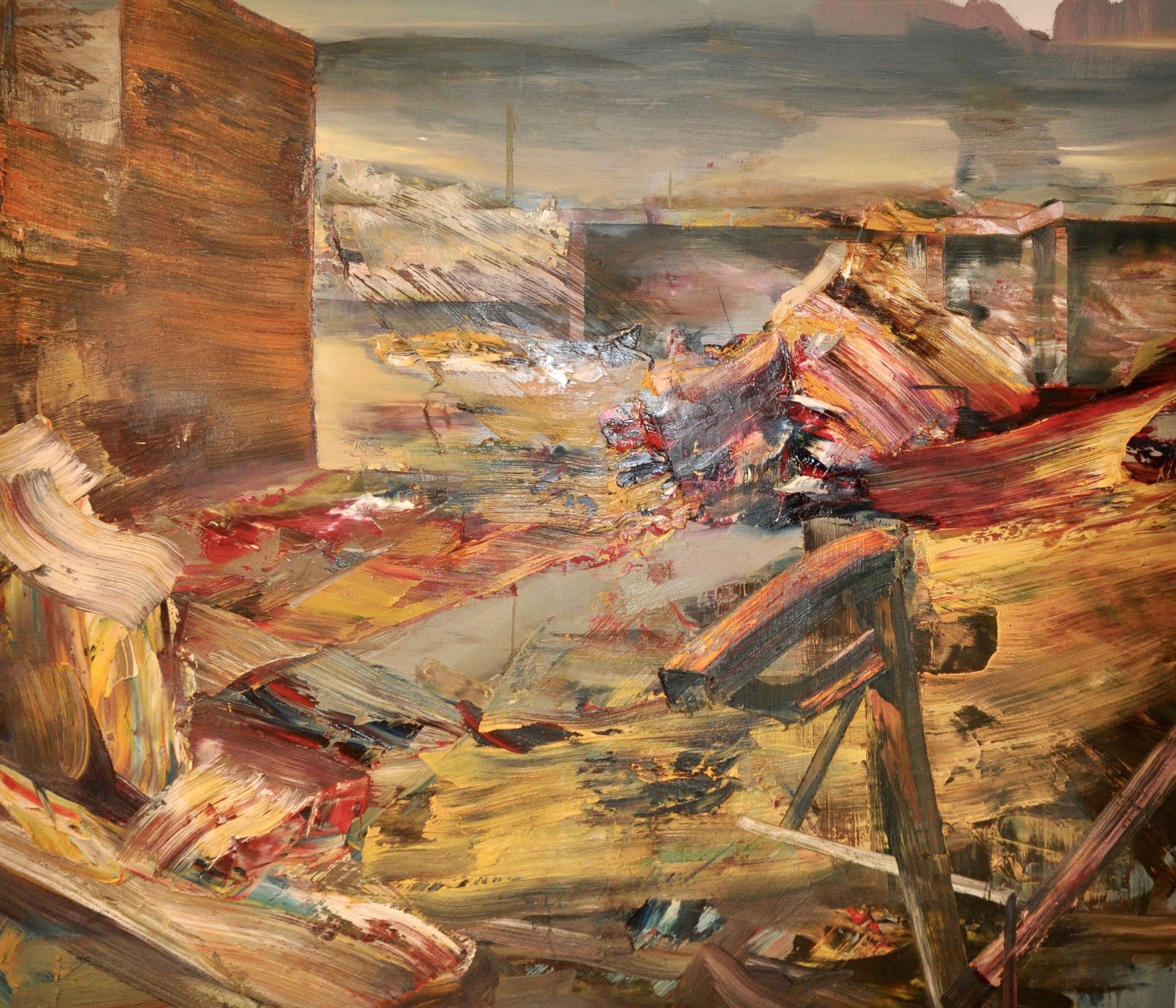 Here are some of Dan Maciucas words for the opening of his first show in Cologne 2015: “In general I am attracted to the plastic deconstruction of the figurative through pictorial gestures. During the pictorial process I propose to overtake the plastic emotion which confines to chromatic harmony and contrast and I am also interested in organizing the composition through a vectorial system; in balancing or stimulating the composition. The matter’s utopia of these works comes from urban and social environment, as an impression through which human being feels himself small and fragile as compared to social materialism. The matter represents for me structure, texture, rugged surfaces, matte and glossy, but also volume, being thus an intention that requires a way out of the pictorial two-dimension.

The diversity of objects found in the industrial and advertising area are taken so that they could change their usefulness and discover another sense, other than the one they had as functionality before being processed; in this way the already manufactured become a source of the plastic processing.”