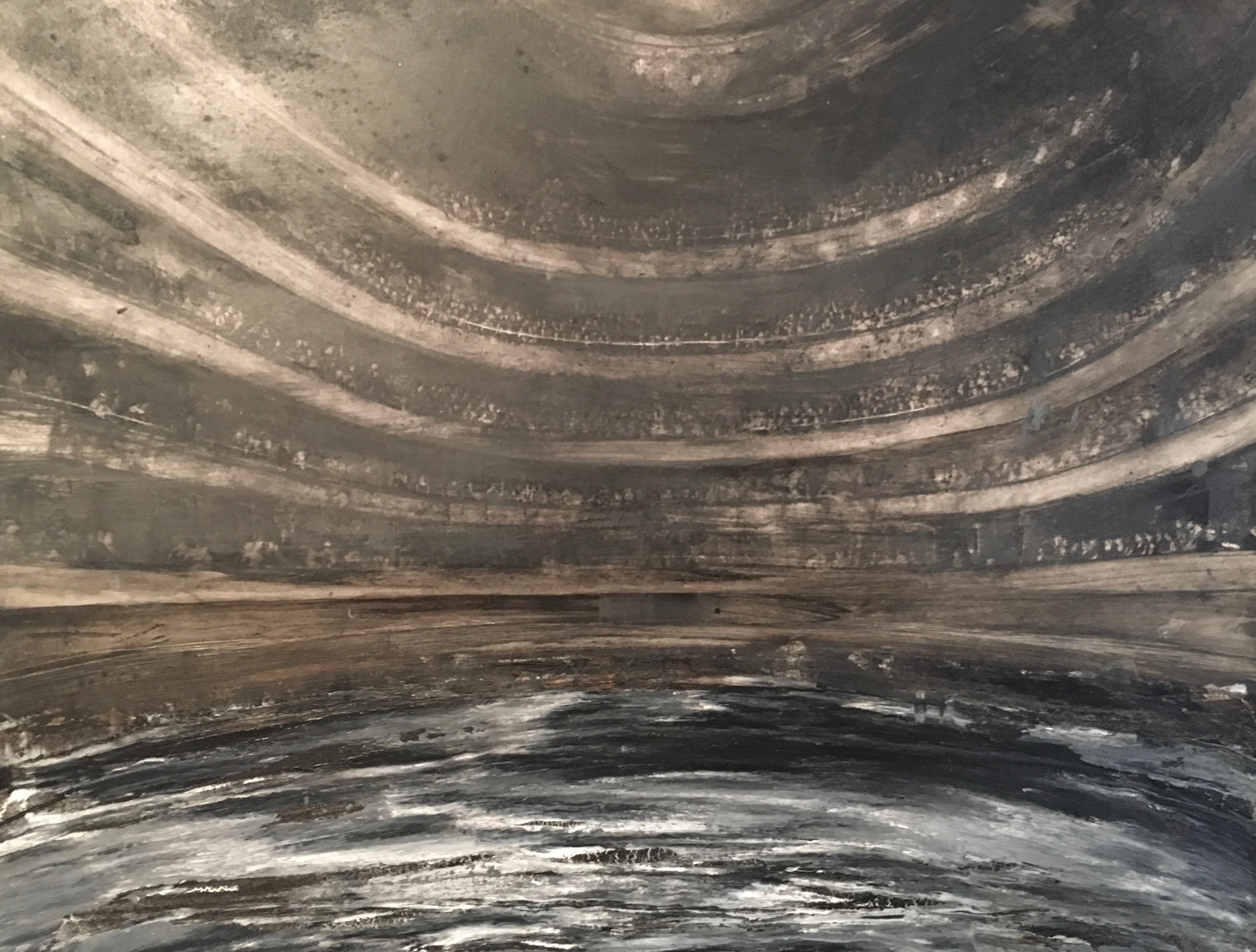 Szabolcs Belényi: Opera (2016). Szabolcs said to me: “I drew the opera before I actually saw it – it is my imagination of the Cluj Opera before I entered it.” Szabolcs drew this in a way that is quite representative for the “Cluj school” in its earlier days, so before the hype started that began mainly with Adrian Ghenie. The piece is quite small (15x20cm) and I bought it in 2016 during our visit of several artists studios which in those days were all located door by door at the “Fabrica de Peinsule”. Many artists have left the Fabrica since, Szabolcs is as far as I know represented by Zorzini Gallery and continues to develop his personal style, but as far as I have seen remains to use a dark pallet.