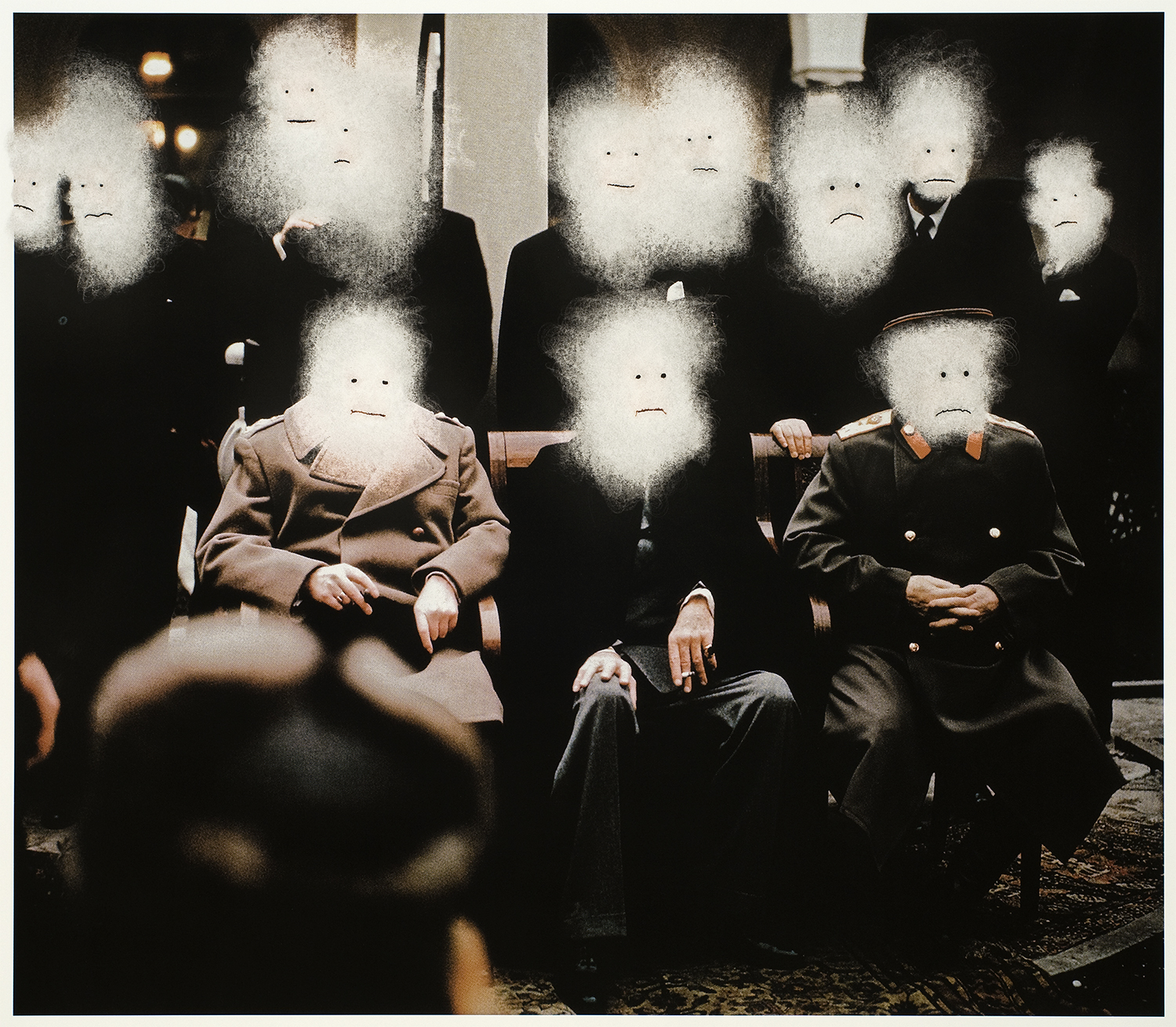 Background: The photography shows the “Big 3” at the press op at the Yalta Conference (Stalin, Roosevelt and Churchill). Yalta Conference, also known as the Crimea conference and code named the Argonaut Conference, held from February 4 to 11, 1945. It was the World War II meeting of the heads of government of the United States, the United Kingdom and the Soviet Union for the purpose of discussing Europe’s postwar reorganization. The three states were represented by President Franklin D. Roosevelt, Prime Minister Winston Churchill and Premier Joseph Stalin, respectively. The conference convened in the Livadia Palace near Yalta in Crimea, Soviet Union. At that conference the partition of the world really was started that created the iron curtain, the division of the world into two blocks (cold war).