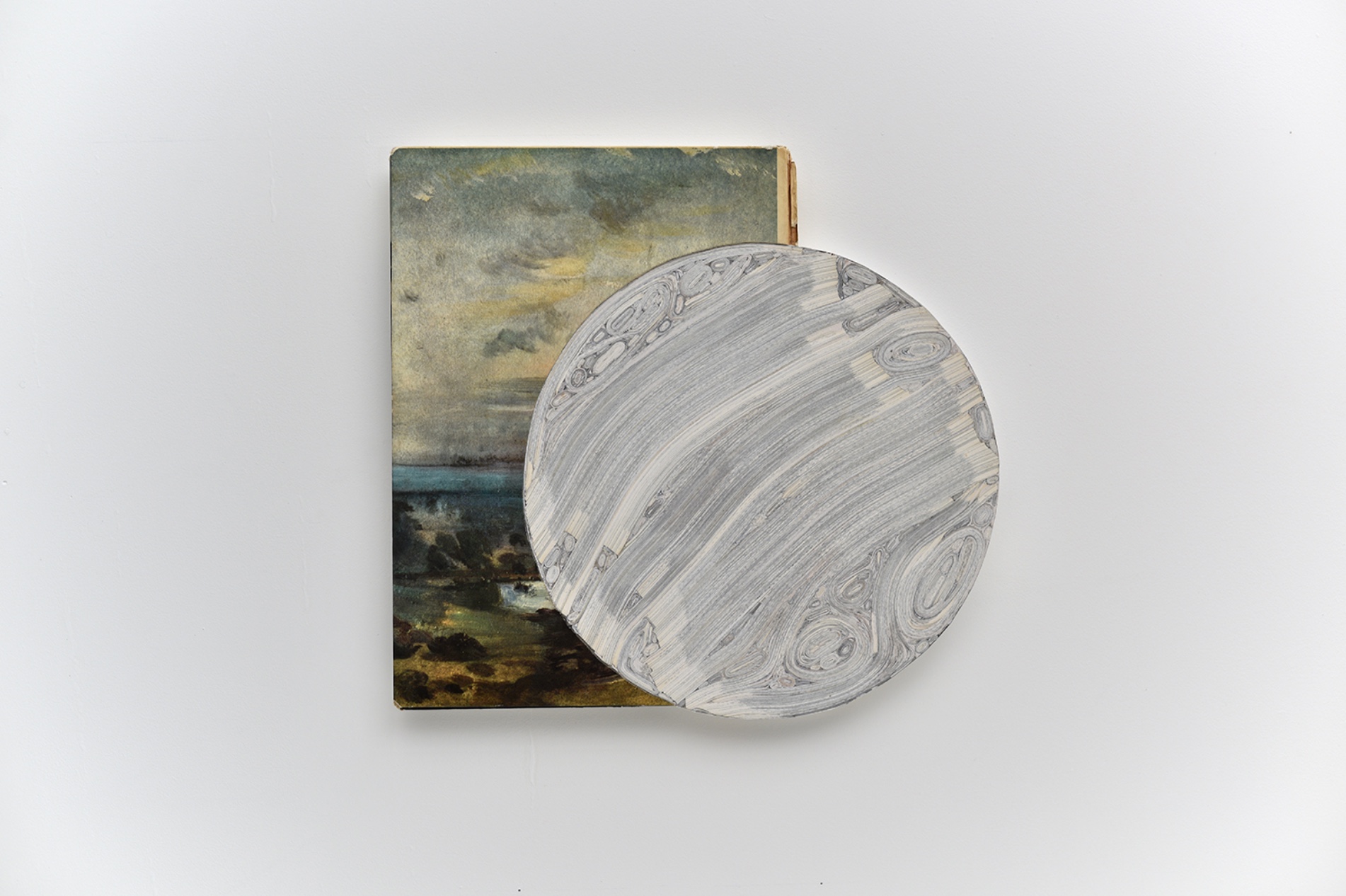 Jonathan Callan: Space in the back of English Painting (2017)

This work by Jonathan Callan I collected because of its aesthetic beauty and also because it exemplifies what the ouevre of Callan is about: Jonathan comes from the UK, an english-protestant culture that has achieved its cultural peak capacity so to speak in litery works. Shakespeare is just a fine example of what words mean to the UK, also one has to acknowledge religious history of England: Iconoclasm. During the Reformation in England started during the reign of Anglican monarch Henry VIII, and urged on by reformers such as Hugh Latimer and Thomas Cranmer, limited official action was taken against religious images in churches in the late 1530s. Henry’s young son, Edward VI, came to the throne in 1547 and, under Cranmer’s guidance, issued Injunctions for Religious Reforms in the same year and in 1550, an Act of Parliament “for the abolition and putting away of divers books and images”.[22] During the English Civil War, Bishop Joseph Hall of Norwich described the events of 1643 when troops and citizens, encouraged by a Parliamentary ordinance against superstition and idolatry, behaved thus:

Lord what work was here! What clattering of glasses! What beating down of walls! What tearing up of monuments! What pulling down of seats! What wresting out of irons and brass from the windows! What defacing of arms! What demolishing of curious stonework! What tooting and piping upon organ pipes! And what a hideous triumph in the market-place before all the country, when all the mangled organ pipes, vestments, both copes and surplices, together with the leaden cross which had newly been sawn down from the Green-yard pulpit and the service-books and singing books that could be carried to the fire in the public market-place were heaped together.

Protestant Christianity was not uniformly hostile to the use of religious images. In result Englands most well known painters such as Holbein d.J. are actually not from England, he imigrated from Germany. Turner was a lonely exception for a long time, once in a while a lonely painter showed up but often were satisfied painting hunting scenes, horses or ships in battles. In the 20th century, both Freud or Bacon are examples of a new start in english painting. In this sculpture, Callan turned one book into a planet-like-object and connects it to another work about english paintings, here a painting that shows the beach and waves. The planet could be a moon, causing falling or rising tide. It is so close to the viewer, it could almost be on crash course to earth, the end of times. Callan stripped away the original content of the book, turned it into an object with different meaning. It is an aesthetic sculpture with new meaning, it shows scenes from nature that we are often limited in our abilities to describe, watching the neverending oceans and the universe produces aw and more and more questions: What? Why? Why do we exist? Why can we not grasp this?