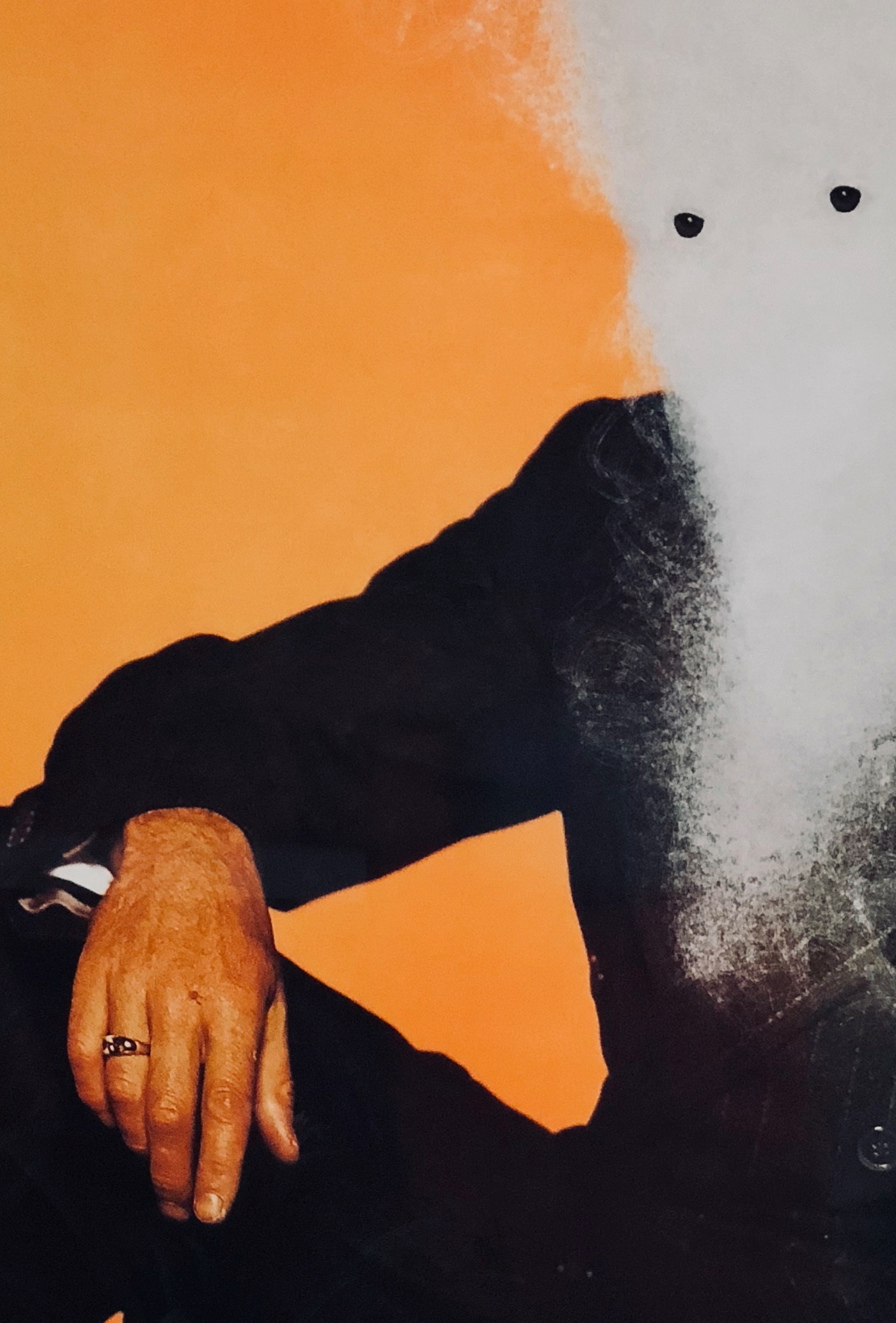 As Partition the piece “Humphrey” is a printed portray of a Humphrey Bogart photography. Jonathan Callan being a sculptor started to take away content and eliminate the unnecessary and used sandpaper to reveal the unexpected. Thematicaly the work deals with iconography, our star system and star propaganda that is ubiquitous without asking what it does and what these relics do to us.

Besides the artwrotk, a good opportunity to in fact not talk about stardom, but the actor that is here (not) to see. Although I always worshipped Brando, fellow actors Richard Harris and David Niven both are convinced that Bogart was underrated and has to be viewed in context of his time and maybe to be seen as the greatest screen actor ever.

He tried to be an actor, a true actor. Instead, being part of the new studio system, he was forced to be installed as a star of Hollywood. Humphrey here can be seen as the cultural icon he was because of this ( and still is) and how today the stardom is used as a smokescreen – we cannot see any longer what we should see, to see what is and not what is surrounding the person and its image. A modern icon has no different function than a religious icon, however copying and distribution of modern icons that started to be massproduced (massprinted) in the 1940s is now ubiquitous and everywhere. In magazines, journals, posters, books, etc. – we cannot escape these stars and what do they tell us? We are nothing and they are the (half) gods? And another funny story about Bogart told by Richard Burton, an absolutely enthralling , deeply charismatic man: