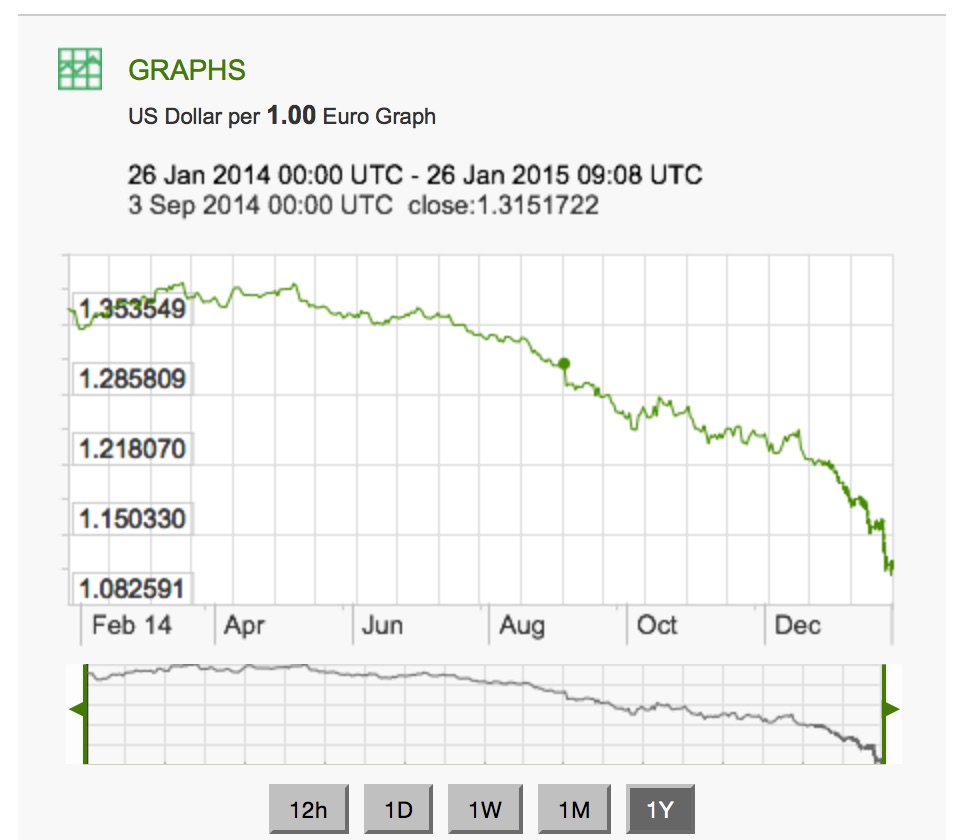 The Greeks have opposed their old cleptocratic Elite and favoured a leftwing populist party. That communism will find its way back into life is an illusion. This vote seems actually reasonalble for the ordinary greek, let’s be honest. Who would vote the cracking whip instead, the cuts were severe for those without a lobby. And there is no strong consolidation against the people necessary nor possible, whom never could have lived exploiting EU subsidies, live from tax-saving shipping funds, etc. The greeks were too disappointed by there old elite, now they voted for communist amateurs instead. However, they will not be able to change the rules of financial markets.

The rich Cleptocrats, from Nea Democratia or elsewhere, lived easily with a strong currency and instead rebuilding infrastructure sold their ports to the Chinese while receiving subsudies from Brussels. That’s not Vasily Theodorakis to blame, that Elite was a shame. However, the task for Sireza is the same as for anyone else in Greece: Improve governance and bureaucracy, tax properly (and quickly) and live, well, at best modestly until debt is bearable. Thats a not so exciting perpective in a sunny country. Capitalism cannot enjoy Athens qualities, calvinistic tradition rules the financial market.

The crime to the people at larger sclae has been done years ago, nobody cared, thats true and unexcuseable; the greeks followed their elites example; it should not be practically reversed by cutting debt at other countries expense, thats another si . Would you lend your former greek restaurant manager Vasily down the street some Euros? Will he repay, now that he is out of job and the restaurant still expensive despite no customers around? Let’s be honest, this country is not only morally rotten, it is financially bankrupt and has little perspective. Popular, but still fair, it would be to start taxing the cleptocrats in Greece, who still enjoy tax havens and sunny pools on Crete. That would be at least consequent and fair. The EU and Switzerland should seek common grounds to tax fairly. Difficult though, but thats no excuse, too much was lost before.

Further it is not fair that some greeks only receive their Euros for Germans or Skandinavians lending their debt guarantee again and again. On financial markets , labelling products greek is suicidal. That will continue for a long time, trust can’t be rebuild as quickly as it was lost. It remains difficult to be a proud greek, but maybe this Sunday is a start, we will see what Syriza is really about now. I’m not too optimistic though. If Vasily is not only bankrupt, but also is not willing to restart completely from zero, it will cause a lot of friction in the system, that’s already granted. A major problem for Syriza is off course their staffing: When you gather communists around a poster boy called Alexis you will not find many who know how to work in bureaucracy and have the experience to negotiate for Greece. It will not be easier, it is going to different – and the utopia will collapse first. How about the Euro in general right now? Well, the quantitative easing to reduce the risk of deflation will have problems to work against the falling oil prices. The Dollar gets stronger, as the belief von reform is maybe not too optimistic for Congress and Senate, nevertheless it seems easier to reform this huge market than the European Union, who encounters a lighten up of conflict in Ukraine again. It seems likely, that Russia attempts to build a land connection to the Crime peninsula. So I’m convinced we will see an even weaker Euro, maybe not a 1:1, but at least 1,05 or less for some time. The Fed will be stalled and likely not demand for a change of their quantitative easing right now. In the end some are bullish for Asia, they could profit the most as China seems to be the most capable of acting and changing their fiscal and monetary policy, however Remnimbi is still strongly linked to US Dollar and very likely we will not see a free float now. All in all too many crisis are shaking the planet, despite it happens in regions with little influence in total economic capacity. But having Russia at risk is a too big burden right now, it is unforeseeable if Putin may change his course. Therefore all in all it will remain a little shaky at Stock Markets and you better diversify. I’m certainly doing this, but 50:50 across Europe & the US. I’m not buying into Asian markets, not transparent, too much government influence. Gold is stabile now, it may increase slightly in the next months as a safe haven, but there is no yield to expect from it, therefore I’m not increasing my gold share. Further, it may be interesting to look for cheaper oil papers – right now this does not happen, but the opportunity could open up. Exxon will eventually be a fair deal, dividend is strong anyway. I’m not looking for fraking only companies such as Continental Resources – they are too small, too dependend on oil pricing made in Saudi Arabia and they are not profiting from the value chain after extraction. This is rather the business of Exxon, Connoco, Shell and BP. Forget about Total, too many stakes in Russia. This was actually problematic for my biggest chemical share in BASF. Their Wintershall group decided to go for russian gas, right now this is all at risk and they are loosing time behind competition. BASF must spin off basic chemicals that have to do with oil as well as Bayer in Germany. So look out for these shares, we may have some interesting news there in 2015.

Last but not least: What about CHF? Lucky, if you had some investment there before the free float to Euro was enabled. However, this is quite a burden now for Switzerland and will continue to do so. Only global companies such as Nestlé, Novartis and Roche may escape the pressure coming from higher sourcing prices. For solely swiss based companies it will be a nightmare, they are too expensive and their competitive advantage in some mid-sized-companies will be washed away now. Even the watch industry may take a hit in luxury markets. It may be less price sensitive than mass consumer markets, but 30% is not nothing. As usual, I do not make any currency investments – you never know what is going to be done politically, my only clear judgement is that the United States are more of a risk taking society than we are, therefore their future prospects are right now better and so is the Dollar vs the Euro, which makes decisions e.g. BASF vs. Dow or Du Pont change in favor for Dollar papers. But still, in the end it is all about creating great value, not where you are from. This is especially true if you are a greek company.