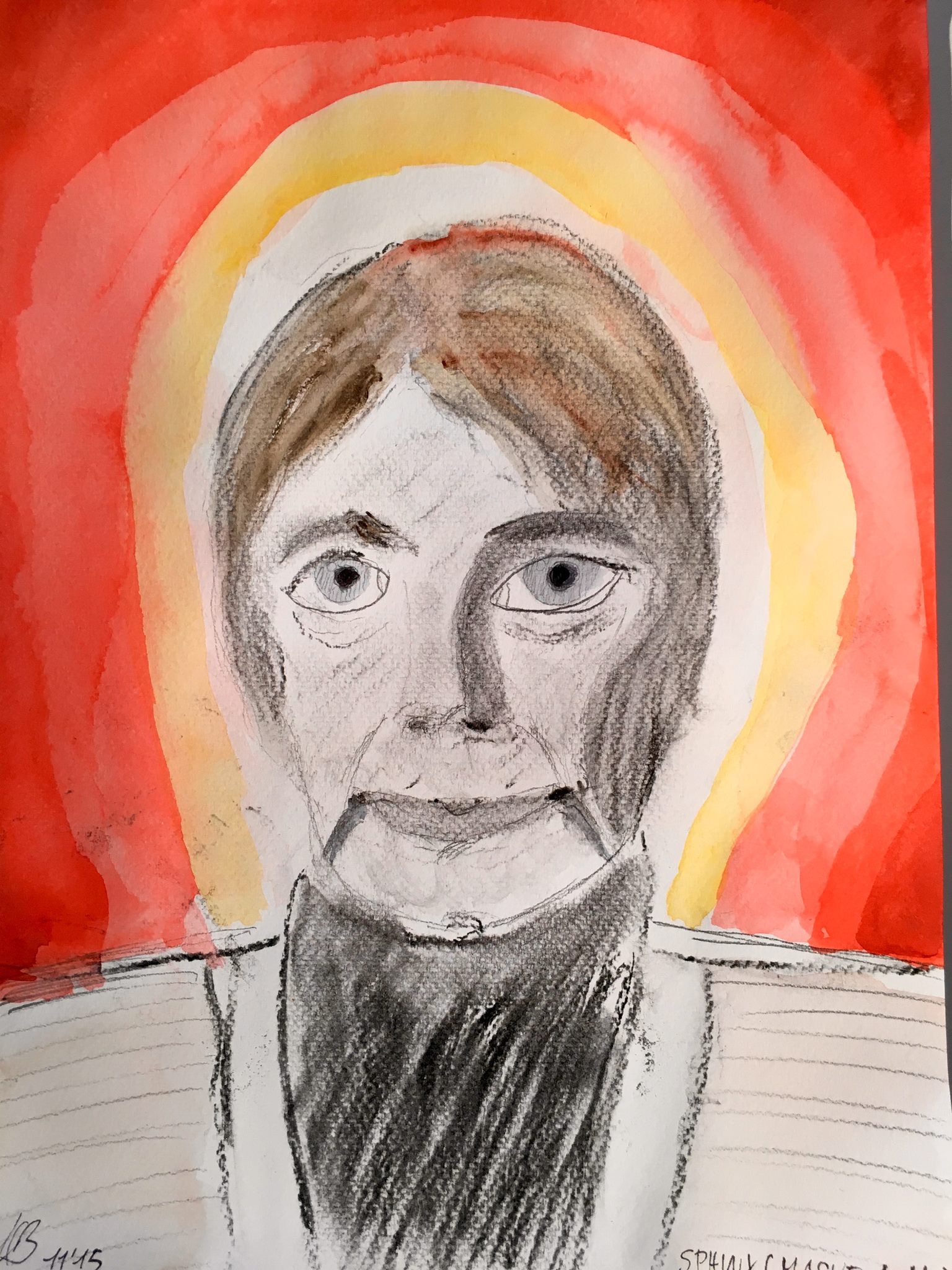 Foreign spectators are surprised if german citizens are alarmed about her role model chancellor and criticize her. Is that not for us to blame Trump, Erdogan or Putin? But Angela Merkel has become a threat to democracy in Germany as these autocrats are gaining more and more traction. And few people may grasp why and how this could be the case, even though the statistics often claim to show a healthy nation. And she has done not much wrong, except of being who she is, defending her rational and her style of politics. But there is a problem that only faces when under attack by populists: Her inability to lead rhetorically and not only being the best manager for a country. Here is why a change would help Germanys democracy to flourish and keep left and right wing populists in cheque.

Many journalists from abroad have portrayed Angela Merkel in awe: Her country is a strong exporting economy, there is little to no unemployment in the prospering parts, problems are a lack of labour and qualified professionals but that is of course a problem a lot of countries would like to have. Germanys population is busy and focussed on their economic wellbeing, however it is surprising that some parts of the population have started to support populists as one only recently has thought being unthinkable after all the experience in german history about the abuse of power and autocracies downfall. After the refugee crisis (what crisis you may ask?) it was with little surprise to some, that even the germans lost their temper: The refugees were simply to many to quick to have it all in order. There are many things that the germans cannot take, but confusion or chaos is something they simply cannot take. Angelas Merkels decision was first for humanitarian reasons, but there was another: Her belief that europeans borders must be open at all cost. And instead trying to build a fence at the borders far far away. The germans, especially in the south, did not understand her message. After refugees the asylum was used as the general practice to imigrate to Germany. Many of these were not looking for shelter from political persecution or war as in Syriah. More and more were coming because of the promises of a social wellfare state that would support for no reason family with everything necessary to survive. Although in Germany especially the left wing criticizes the amount of wellfare as being too low to live “in dignity”, families from Afghanistan or Africa would prefer to live a life at the lower german end of society. Germanys standard of living is still high even at its lower end and the demand by the government to work are not understood to be drastic at all. Drastic are the reactions to this scheme by the right wings who clearly see this migration as an exploitation of the wellfare state meant for those who are not capable to work or to fulfill the demand of the employers. And even those families who still understand the economic reasons to imigrate to Germany and preach the choir of international friendship have stopped accepting that their children sit with their children in classes, consuming a lot of support by the teachers who also have to handle the recently introduced equal rights of disabled children to fully participate in school classes. In effect Germany has shown that despite its economic status schools are underfinanced and teachers are overstrained by big classes, now containing not only disabled children that need additional support but also foreigners who have to start learning german first before they can follow what is on the plate to learn on top. Further, the refugees who came are people, which means they are of course not saints, there are also humans and some are criminals. The death of young german women killed by psychologically strained refugees was more or less the last straw: Now Germany is no longer willing to keep all doors open and populists have used the situation for their means. Some even claim that “Merkels naivity” in this case was one of the additional reasons why Britain chose its own downfall by “Brexit” that may have not happened if Merkel was more strict in the refugee crisis and supported those who wanted to close the borders. But behind all of this one can witness Angelas Merkels greatest weakness which is an ongoing threat to Germanys democracy: Her inability to speak to the people and to talk. Merkel was never a good speaker. Not by the content and the words she chose, but simply because she could not appeal emotionally to the people. Nothing is wrong with the story and the narrative Merkel has or her understanding of democracy, but she is a manager that can be cool all the time even talking to lunatics like Trump or withstand all the threats that Putin puts in front of her. She is a great negotiator, she is rational and wants the right things, but she was never good at explaining and leading by the force of her speaking.

Merkel also cannot understand what the charisma of once Obama and now Macron can mean to people: It appeals to their hearts, to learned beliefs and does this with emotional force. And also everyone nows that what these charismatic type of leaders wants to propose they are also willing to fight for. Merkel also has the strength to fight for things, but when she does so, it has the sound to whinge or to even nagging. It is very important in these days of change and evolution, where social coherence of society is threatened one speaks clearly to these populists. The social question in Germany is not going well, even those who are supported have understood that loosing is not a two-way-street, but that only the middle class is redistributing its wealth internally, but it is rather difficult to move up from the lower working class to the upper classes. Children from parents with no academic background will likely not make it at school and university. Social status is becoming more and more inherited and this is poison to society as a whole. Germany has always had a reputation to be a fair society, where even the son of a cleaning lady with no father (Gerhard Schroeder) could make it chancellor. But this promise is under threat. Also, the middle classes despite their ability to redistribute have started to learn that what grew in the past was the state and the state governed where to put their money taking away freedom and liberty. A nightmare for liberals, but the people believe in the state even though more than 50% of their income goes into taxes and social security, insurance and a no longer working pension scheme. The society in Germany consists mainly of old people, the average age has surpassed the first half of life expectancy (48 to 76). A society of elderlys does not like change nor does it welcome change in power. But they also are not open and are more risk adverse. That this happened is not Merkel to blame, however she has never ever done anything to change this – she is managing the change to this society. Leaders are talking about a future that is a future and described positively. Merkel is not that optimistic, she is realistic. But realism is not something that competes with the easy promises of populists effectively. The “Sphinx from Templin” (New Yorker) will have to show more than her face, she has to fight rather emotionally do convince the majority. Since this is not her personality, it may simply better if Germany can undergo a normal habit of democracies: Vote for change and give a new man/woman a chance.